Be the Pirate You Are 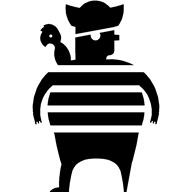 Most people have hobbies. Right?

Sure…these are the kind of activities that fulfill us, provide entertainment and enrich our lives.

I’ve tried on several hobby hats over the years. Some of them fit so well they became part of my permanent wardrobe. Others…not so much. But some people turn the tables. They live their hobbies on the weekend and spend the remainder of the time pretending to be like the rest of us until they can get back to being who they really are.

I met a large number of those folks last weekend at the Portland Pirate Festival.

Cool, eh? It was crazy fun. Amusing silliness abounded in great lumping quantities. This is not your typical crowd of historical re-enacters although plenty of them were there too. In fact the vendors, spectators and participants ran the gamut from stately thespianism to bug-eyed nuts.

I’ve seen more boob than an entire school of adolescent boys could imagine. So did everyone present. The festival is in dire need of female instruction on how to properly don and wear a corset…a lost art in itself, apparently. Having established these few facts, let me also tell you many of those present were barking ass mad. Deranged in a spectacularly joyful manner. Insanity sprinted through the grounds touching right and left with the pointy finger of absurdity. None were spared.

Not much leaves me standing mouth agape and stunned. These folks did.

And they ALL had guns or swords, and some had both. Every last one of the them. One of the lunatics even had a cannon (big boom!), and they fired it….many times. I would have said it was impossible to carry a four foot sword down your bodice but several women proved me wrong. 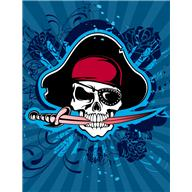 Entendre and innuendo were wielded with the finesse of a goat in high heels but it was all in the spirit of mayhem. My ribs still hurt from laughing. Mark it on the calendar and go next year. It’s astounding good fun, just leave your prudish sensitivities at home. Days are very family oriented…evenings are a bit more rollicking. The ale flows and the singing gets louder. Lest you think the fun is done, put a note on the calendar for Monday September 19th. That’s the official International Talk Like a Pirate Day.

In honor of pirates anywhen and everywhere, a few links to sail through the week:

3. Damsel in this Dress

Ever find yourself somewhere, wondering how you got there? What’s the silliest festival you’ve attended? What joy have you found in unexpected places?

This entry was posted on September 5, 2011, 10:00 am and is filed under Research. You can follow any responses to this entry through RSS 2.0. You can leave a response, or trackback from your own site.