Bitten by The Walking Dead

Zombies have taken root in the public psyche. Even the CDC got hooked on the dead-and-still-ambulating, which is sort of funny in and of itself. A couple of seasons back, the folks over at AMC took a chance on a new show and added The Walking Dead to their viewing lineup. The show generated enough buzz that season three is currently in progress. Finally succumbing to curiosity, I recently slumped on the couch to check out the appeal of zombies.

*warning – spoilers litter the road ahead thick as Walkers in Atlanta*

In the beginning I really tried to like The Walking Dead. It’s different from the typical cop show because, well let’s face it, there are zombies. Nice twist. After sitting through the first two episodes of season one…well, I confess, I felt a little bored. It was the same-same pretty much every day. Main character does something dumb (check), or brash (check), and has to avoid the walking dead (check). Survive and keep on keeping on. Got it.

Important side note to everybody: don’t get bit.

Some of the story details puzzled me, like the lack of stench. Decomposition is a smelly process and the bigger the carcass, the greater the stink. Oh, and yeah…after laying about in a coma for a few months your muscles atrophy. The Sheriff might also need to be hooked up to a catheter and have more than a single bag of saline drip – I don’t think they last more than 24 hours, right? Okay, I know, I’m being persnickety. Maybe civilization and life-as-we-know-it collapsed right before the Sheriff woke up. Maybe the medical staff saw evidence of signs of waking and were prepping him along just as the zombie apocalypse happened.

Season 2
The Sheriff is on the run.

I do like how the writers never bother to explain the end of the world. Things went south. Just happened. Fact of life. Get over it. No need to keep worrying about that credit score or the possibility of global warning, just don’t get too close to the gnashing teeth. No more do-overs. That’s sorta cool.

Great makeup and prosthetics. Very convincing in a graphic, gross and thoroughly gooey way. On that note, there are virtually no zombie children on The Walking Dead. Maybe they show up in episode three? Not that I really want to see zombie urchins lurching about town…and who’s mowing the lawns on all those houses? I want a zombie lawn. The grass here grows at an exponential rate. If we experience a zombie apocalypse in our neck of the woods, the grass will be too high for them to move in a few weeks. The Walking Dead would be the Tangled-in-Tall-Grass-Dead within days. Once the rain starts, they’d be Mired-in-Muck-Dead. Guess I don’t need to worry about the apocalypse anymore.

After two episodes, I was already wanting the show to get better. Can I just comment on how skeezy the wife (Lori) and partner (Shane) made me feel? And BOTH of them got to survive the plague-of-feverish-zombie-producing-death? Really? Lame.

Season 3
The Sheriff still has bullets.

The character I wanted to see get more screen time was Morgan Jones, played by Lennie James. In the set-up, the Sheriff got tagged in the head with a baseball bat and the encounter landed him in the house where Morgan and his teenage son have taken refuge. The zombified wife/mother revisits the house each night, twisting the doorknob in an effort to come home to her family. This creepy action offers intriguing signs of recognition in the zombie and some real drama around a family destroyed by the disease. Sadly this is pretty much the last we see of father and son since soon after the Sheriff heads off to Atlanta in search of official relief support.

Feeling feverish to check it out? Here are the Amazon links to:

The first two seasons are available on DVD, the third is still in progress but you can purchase and stream each episode and watch them soon after they air because AMC is smart like that and doesn’t make you wait like the dumb people who make Dexter. Some promising moments in The Walking Dead’s story line are drawing me back for another go, but I’m waffling. I don’t watch much television, so I need a compelling reason to watch episode three. If I was assured that Jon Bernthal (the actor who plays Shane Walsh), would get eaten, I’d be in.

Update:
In a fit of there’s-nothing-to-watch, we viewed the rest of season 1. Things improved. A few new twists and turns, some intriguing potential future developments if the writers circle around and pick up the straggling threads. Cue up the marathon. Let me observe now, the producers got that cliffhanger shit down real nice. Huh. We watched all of season 2, hunched over on the couch and forgot to keep track of the zombie-body-count. A few surprises I didn’t see coming. Now we’re waiting, along with the rest of the idiots who got sucked into the apocalyptic aftermath, for each new episode of season 3. The show hasn’t really got any better. We just got hooked on some of the characters: Daryl is complex, Carol’s not the victim we thought, can somebody please chomp Andrea? There have been a few gotcha moments that were well played and the losses were nicely balanced with the increase in the cast of players via the farm.

Those cheers you heard during the episode where Shane finally bit it, that was me. I’d been waiting for somebody to whack that lousy bugger for days. Some of the series is just downright silly and nonsensical, but I’m willing to buy into the logic if the writers ever got around to explaining any of it, which is part of the problem. 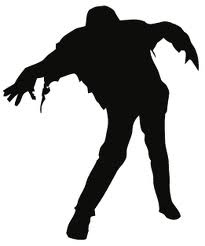 The people and the circumstances, and the endless what-would-you-do-if-this-happened-to-you, suck in viewers every week but somewhere along the way you begin to wonder why they keep doing the same dumb stuff again and again. Somewhere I read a snippet that said the story idea came from the perspective of what would happen if there was a zombie apocalypse and a group of survivors kept surviving. This is an interesting premise and the opener for Season 3 really offered some scenery of how well our band of survivors have learned to work together. But within a couple of episodes apparently the writers changed tactics and started axing the main characters. I was invested in those arcs and now they’re done. That’s disappointing. There’s a lot more freak show effect in season 3 that doesn’t appeal to me, like the zombie pets, the zombie heads in fish tanks, the zombie gladiator ring, the utter lack of infection and carrion-consuming critters. Since I’m part of the demographic that doesn’t normally watch zombie stuff, I’m the casual viewer they successfully pulled in and are now losing.

Stories that are touted as being cutting edge because they whack main characters, don’t feel that way to me. I really wasn’t surprised that Lori died, and unlike some people who were really outraged, her character hadn’t done anything particularly useful, so whatever. I do object to characters who’ve survived since the beginning of the show being removed because it fractures the main story thread surrounding Rick. With so many instances of loss, and eight months of survival the audience didn’t get to see, neither Lori or T-Dog’s death really serves any purpose. Now I won’t get emotionally invested in any new characters because there’s no point. The writers have violated the trust factor with the audience. When they finally get around to axing my favorite characters, and they will sooner or later, I’m done. At that point there won’t be any reason left to watch. Now it’s just a matter of waiting for the series to wind down.

Have you tried watching The Walking Dead? Check it out, but don’t say I didn’t warn you, zombie bites are infectious after all. There’s so much great potential in the characters and setting, and some of it is harvested but too much is left untouched. For those of you who’re watching, what do you think?

This entry was posted on November 15, 2012, 3:00 am and is filed under Film & Television. You can follow any responses to this entry through RSS 2.0. You can leave a response, or trackback from your own site.