Stripping Flesh at the Bone Farm 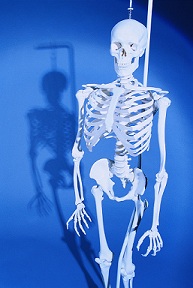 Bones are useful things. Too bad the general public has little appreciation for what bones can say. In osteological terms the skeleton offers many clues to the lifestyle of the beast. In pathological terms, some skeletons offer many clues to the impact of life and disease on the beast. There are more bone processors out there than people think. Fortunately I live down the road from one such place and recently got to visit the workshop.

You have NO idea how much fun this is. Yes, it’s smelly. Decomposition is potent. This is a clean facility though which means the tissue removal is done primarily through de-fleshing and then the use of dermestid beetles. This makes for sweet bones, which means they’re nice and clean and pretty at the end of the cleaning process. When I was a graduate student we did a lot of mascerating of roadkill to piece together a cheap comparative collection of taxonomic specimens. Mascerating is not clean. It’s messy and gag-producing because the remains are processed in water. Soaking rotting tissue in water accelerates the decomposition process and encourages the growth of bacteria that consume organic material. The upside is you can fit just about anything in a five gallon bucket (or several if it’s big and you take it apart), but the downside is that the water has to be changed every day or two and that’s an experience that requires old clothes.

Why do people do this?
Well, there are a surprising number of non-ghoulish answers.

First, we use clean bones for osteological comparison in the classroom. We also use bones in biological, zoological, medical, dental, veterinary, and anthropological settings. Human remains are often easier to identify than many animals. Differentiating between the skeletal remains of sheep and goat can seem virtually impossible. Archaeologists use bones for comparative taxonomy to assist in identifying the bones coming out of the ground by comparing them to known taxons of animals. Identifying the animal remains in the context of the cultural materials help us to understand what people might have been eating, what lived in the environment, and even what time of year it would have been most common.

In addition to this are the large number of mounts from hunters. Before you weigh in on the immorality of trophy hunting – just because someone mounts a skull with a rack doesn’t mean they didn’t eat the meat too. In the past, when our food filled our larder as a result of our own labor and not a visit to the corner market, people made hard decisions about slaughtering livestock for dinner. Nothing was wasted, literally. Virtually every part of an animal, including the bones, has functional and useful purpose – it is our modern lifestyle that leaves us without the accumulated knowledge of generations of forbears who knew and practiced this behavior. Modern butchery practices are enormously wasteful because we want the disconnect that exists between the feedlot and the cellophane-wrapped package in our local grocery store.

Museums and zoological societies often display skeletal remains of animals on exhibit. Since education is the primary goal of such facilities, the coordinators and curators take the display of bones as a very serious effort to provide insight to people.

There are a shocking number of human skeletons rolling around peoples closets and foyers. The IOOF Halls once upon a time all had a genuine human skeleton laid out in a casket at the entry as a potent reminder that life was short and in the end this is where we all wind up…ever wonder what happened to those unfortunate sets of remains? Yep…they end up in bags and boxes, trunks and closets, gathering dust and startling the people who inherit old Uncle Martin’s house. Up until 1980’s, the United States imported about 60,000 sets of human remains, most from India (and some from China), as medical specimens every year. These are often recovered from the depths of the attic, cleaned and reconditioned and put back into educational service.

Here’s an article if you’re interested in the realities of the human bone trade. And if you happen to have bones you’d like to barter or sell, there are reputable places like The Bone Room in Berkeley, California who might be interested. The ones which are not reputable should be avoided. Use your own judgement. Know the laws.

Then there are the forensic concerns of various law enforcement agencies which often find themselves in a situation where they have human, and sometimes even animal remains, which will need to be presented in court and the flesh has to be removed. When you’re watching those courtroom dramas on television and they wheel in the remains of the murder victim pinned to an upright board…well how do you think the skeletons got cleaned?

Over the years I’ve been acquainted with folks who worked in forensic science and one of them processed the remains of murder victims for exactly that purpose. It was awful but necessary. Most of us who find the legal ramifications of crime-solving satisfied in the indictment and sentencing of the guilty, seldom think about what must be done in order to reach the end of the legislative road. It’s gross and disgusting, stomach-turning and mind-numbing, and you never quite get desensitized – and if you do, then it’s time to get out of the business. 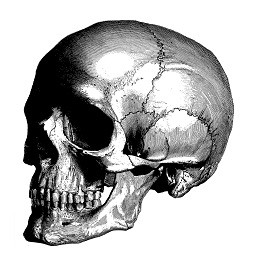 You can’t just run amok, scraping up roadkill and burying it in the backyard (*whistles*). There are a multitude of laws and regulations that prohibit and/or control the collection of remains. You know of course, right off the top, that humans are a big no-no. While it isn’t actually illegal to own human remains, this is a delicate matter to most cultures. If you don’t have a pressing need to piss off people, don’t. It matters if the bones are modern or ancient, bought at a yard sale or dug up in the petunia bed. Personally, I don’t believe genuine dead people parts belong in your house, on a shelf, or offered as a curiosity for when the neighbor drops by to ask if he can borrow a tool. That’s because I think it’s disrespectful, not because there is some overriding legal reason. Here’s a nice summary of the laws and risks involved in acquiring human remains.

There are also a great many ways to get yourself in serious trouble by indiscriminate collecting, primarily because so many animals are protected species. Even if that whale is just laying on a beach, that beaver at the edge of the road, or that prehistoric bison is erupting out of the ground between the carrots. That doesn’t mean you can’t collect specimens, you just have to follow the rules, obey the laws, and document your finds through the appropriate channels. The best way to start is to understand the restrictions of your county, state, and federal governments. Fish & Game representatives in your state can usually provide information about collection practices and the issuing of scientific collection permits. You can see this sample for Washington state. Know the rules, or you can bypass all the tricky parts and acquire your desired pieces through reputable sources such as Skullduggery, Carolina Biological Supply, or other such places. They arrive well-packaged in a nice clean box and are beautifully preserved and ready for petting or display.

Bones are wonderfully complex. They are beautiful in their own right, smooth and cool to the touch. They offer immense amounts of information and endless opportunities for tool-making possibilities. A few knobby skulls laying about the house make for interesting conversation pieces and they’re a sharp reminder than beneath the skin all mammals are more similar than not. I’m deep in negoitations for a lovely (cast replica) of an ancient Neanderthal skull, what can you picture on your coffee table?

This entry was posted on November 29, 2012, 3:00 am and is filed under Anthropology. You can follow any responses to this entry through RSS 2.0. You can leave a response, or trackback from your own site.