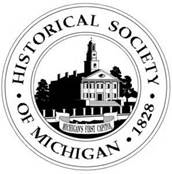 Historical museums in small communities often display treasures that are uniquely specific to the region where you reside. If you happen to live in a place where your family has called home for a lengthy period of time, it isn’t uncommon to find aspects of your personal family history on display.

I visit a lot of museums. Most of them are small town historical museums featuring the accumulated treasures and debris of the founding families of whatever given region I happen to be wandering through. Over the years I’ve found unexpected gems in such places and really wish I’d kept better records of what I’d seen and where.

For instance, on a trip through southern Oregon, I visited a museum with a wonderful display of pioneer undergarments. Who knew that women had to wear so many layers? At a different museum, this one in Virginia City in California, there were the “special” undergarments for the ladies who worked as soiled doves. You can guess these models offered a certain type of easy access. Ahem.

On another occasion, this time in a small community outside Reno, I found myself in a small room at the end of a hall that was filled with a disturbing collection of bullets, allegedly featuring human bite marks. The context was the Civil War, when men were reputedly told to “bite the bullet” while a surgeon amputated a limb. At the time bullet slugs were made of lead, a relatively soft metal and the tooth marks were clearly visible. In more than one case, the metal was almost severed. In recent years I’ve read articles that suggested this claim has been overly dramatized and that so-called bitten bullets are primarily false representations. Regardless, what made this particular collection extra strange was the fact the objects had supposedly been collected by a field surgeon who recovered them after the procedures and kept them as mementos. Yeah, I didn’t care for that too much either. The sense of suffering was darn near palpable.

One of the more entertaining and bizarre displays I’ve run across was a collection of taxidermied animals at a small historical society somewhere in Idaho (I think). Whoever the enterprising taxidermist was, he’d managed to hybridize various animal parts into creatures which existed only in imagination. They were old enough to have been responsible for some of the more interesting urban legends that still make the rounds today. Mothman anybody?

Often the museums offer snapshots of the local history, insight into the founding families and the social dynamics that still emanate from those long-ago marriage alliances. Even today, many of the homesteads where we live are referred to by the names of the families who settled in the area and built those homes a century ago. You don’t so much move in as feel like you’re a long-term guest of some unseen landlord.

Collections usually display a ragtag assortment of flotsam and jetsam that includes reminders of other generations. I’m always intrigued by the Victorian boots that once graced a lady’s tiny foot. Or the black mourning cape from the 1920s, fitted with elaborately sewn jet beads the length of the shattered lace sleeves. There are almost always examples of the local environment – pressed flowers, dried fern leaves, and exotic butterflies cruelly pinned to wooden plaques. Freeze-dried birds, their wings outspread as though ready to take flight, and mounted deer heads, their antlers festooned with cobwebs. 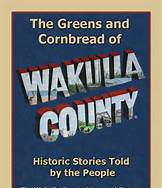 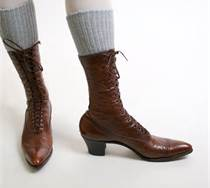 The photographs always make me a little sad. Boxes and trays of treasured stills, men with thick beards and women with dour faces, grim children who were told to sit still for the two-minute exposures, cautioned against smiling as the engravures recorded their frozen stiff faces. Treasured keepsakes lost to the generations. I wonder if their family line has died out, if there are descendents somewhere wondering if their ancestors shared a square chin or the same high cheekbones. There’s a wealth of inspiration in these small museums, especially for people as observant as writers.

When was the last time you visited a local historical society? Can’t remember the last time you entered a museum and smelled the scent of dust and old leather, the must of decaying books and rotted cloth? You should go. Tomorrow. The next weekend at the latest. Pack up the family and go – you’ll be surprised at what you find. You’ll never know if you don’t try.

This entry was posted on June 17, 2013, 3:14 am and is filed under Museums & Monuments. You can follow any responses to this entry through RSS 2.0. You can leave a response, or trackback from your own site.