Posted by lberry in Observations on April 15, 2015 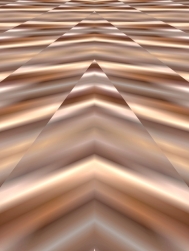 On occasion our lives intersect in unexpected ways. More years ago than I like to think about, a friend and I met two guys. We were all young, naïve, and flirtatious. We got to chatting. Nothing really came of the interaction except the exchange of contact information and we went on our way (this was long before cell phones).

Months later I received a letter, an old-fashioned hand-written note. To my surprise it was from one of those men, the quiet one. He had an unusual name, an old-fashioned name that I appreciated. I wrote back. During that winter we exchanged half a dozen letters. I’m sure I still have those somewhere in the piles of memorabilia that I seem to collect.

Several years later I received a phone call at work. It was a family-owned business and it was the guy. It took me a minute to recall the context of how we were acquainted but his name soon registered and the memories flooded back. He said he’d spent a lot of time thinking about me and that exchange of letters, how meaningful they had been to him during a low time in his life. He wanted to call and thank me, and he did so. He also told me he’d just been released from prison and was starting a new life. I wished him well and we hung up.

I stumbled across his name while surfing the net and clicked on the link. His obituary. I studied the picture, so different than the image held in the dusty storage room of my memory. I tried to find the man I barely recalled from that long ago late summer day in the wasted face in the picture but couldn’t. Life was never easy for this almost-friend. He walked some difficult paths. He chose darker routes than perhaps he needed to and those journeys marked him in a physical way.

How strange to find this ending of a life and feel connected across time. I only met him in person the one time, exchanged trivial communications over a period of months, and spoke once on the phone. All of it decades ago.

Some people come into our lives for only moments but touch us in significant ways. Sometimes we are that someone and don’t realize it. The links that form the interconnected chains of our lives sometimes outlast our memories.

My old acquaintance lived out his last days in Hawaii so it seems fitting to bid him farewell like they do in Waimea, a hui hou.