Ambushing the Vigilante is here! 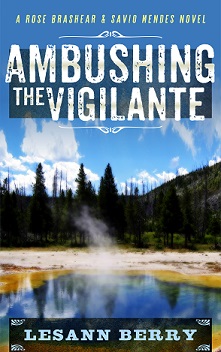 Ambushing the Vigilante is finally here. Yep. Thar’ she blows! Or something like that.

This is the anchor book for a series I’ve been pushing around for a number of years. I can’t even tell you how many words I’ve written about the main characters because they have dozens of separate files. This series has survived hatchet jobs, being turned inside-out, and re-written from the ground up. It’s been in the works so long it’s trailing nickname is Frankenscript. And like the monster himself, it’s survived previous incarnations to live again!

Anyways, you’ve already met Rose Brashear in The Vitae where she spent several months scrambling to collect roadkill, teach classes, and focus on her specialty in historical archaeology. You might also have already met Savio Mendes in The Trade where this former soldier dances around the symptoms of his PTSD while playing dangerous games with the head of a drug cartel in Mexico City. 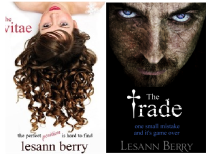 Now Rose and Savio get to meet each other when their paths collide in Montana. Ambushing the Vigilante picks up where their individual novellas left off but as a reader, you don’t need to have read either of them – you can just jump into this one and start here. I like how that works.

The discovery of a half-submerged body in one of Yellowstone’s famed thermal features suspends all park research. On a strict schedule, archaeologist Rose Brashear sets out to prod the investigation along only to run afoul of a sexy stranger intent on distracting her from that goal. She makes a dangerous discovery at the historic Vigilante Mine that sets them on a collision course. Ex-soldier Savio Mendes has one objective in Montana, shut down the drug trafficking he’s followed from Mexico City. But his plan hits a snag when he glimpses the senorita next door and sizzling chemistry erupts. Driven to forge a partnership as their troubles escalate, they stumble along. Rose hesitates to trust the man who just might be one of the bad guys and Savio is torn between loyalty to his job and pursuing the woman who offers the most intense adrenalin rush he’s ever experienced.

Available now on Amazon – coming soon to other retailers!

This entry was posted on September 8, 2015, 9:06 am and is filed under Author Promotion. You can follow any responses to this entry through RSS 2.0. You can leave a response, or trackback from your own site.